As a new player, you may be confused about which ships to play and how to play them. New tech tree ships are now coming out thick and fast, and the skills you need to master range from the very easy to very difficult. Rather than give you a massive list of ships and skills to learn, we

As you all know, this website is called “”goondorfs””. This means, that we do not care about the nationality of the ships. But sometimes, Wargaming developers do, and they give some ships, that are named after a certain country, only to that country and not to others.

DD’s new German cast has received a lot of criticism from some people, and I think it’s time to present a different perspective and give some advice on how to actually play them (something WG really needs to start doing).

The Z-31 is the strongest DD in the T7 and can make a huge impact on the game with its survivability and ability to generate dangerous crossfire against air cruisers.

His dpm is not impressive, so even if you play well, don’t expect many 100k games, but doing damage rarely wins games, but surviving and tanking does!

But if you can’t play DD, I wouldn’t recommend it. The Z-31 definitely requires a high skill level and you really need to understand the mechanics and gameplay of WoW to be effective with it.

– No hydro or other utilities

Additionally, the Z-31 has good stealth (better than most other techtree DD T7s), good AA for its level, and still benefits from German VU and great dispersion.

The Z-31 is very durable, has the highest HP level in its class and has average 25mm armor. This means that if other DDs are ahead of you, you may outlive them. The armor helps against any DD that is not German or has ifhe, on the other hand if they try to shoot AP you can quickly cancel the incoming dmg due to the bad angles of all normal DDs.

I recommend mostly using AP even against DDs, just remember that the sweet spot for those juicy fullpans is between 45° and 66°, so you can easily hit an enemy DD with 4K dmg every 8 seconds and make him rethink his decisions. The AP overpen also does 370 dmg and happens regardless of saturation, which is only slightly less than the 566 dmg you get from HE, especially when you sometimes get a fullpen for 1233 dmg. Personally, I’ve only used HE against BBs when I couldn’t inflict dmg on targets with AP or bow, or to ensure a kill. Power dissipation is another important point to consider: The Z-31 has a maximum range of 51m, while ALL other DDs have a range of 90-110m, which means you’re twice as accurate, and as long as you aim right, you’re almost guaranteed to hit. While you may think this spread won’t be useful in your typical encounter with a DD at 6k, an enemy DD will never hit you with all of its projectiles, while you can hit them all.

Thorpes are really bad, so shoot them if you feel like it.

As has been said so many times, TANK! So take advantage of the opportunity to refuel. Don’t be afraid to be seen, try to actively participate in DD while making sure you have friendly faces behind you and a backup plan. If you manage to flank an enemy cruiser, you can bombard it from open water, especially if it is covered by a BB. Keep in mind that you will have a hard time getting citadels at a higher CA level, but you will still get those 4k pieces, just always be prepared to log out and make sure you are not surprised by anything. Don’t be afraid of the CV! They have good AA and enough health to withstand his attacks throughout the game. If CV is busy with you, that means your other kids are less likely to be able to do their own thing. Lay down the smoke for the Allies! The Z-31 isn’t really a dmg grower and doesn’t have much use staying in the smoke and firing continuously. For me, fumigating the allied AC and actively pursuing the enemy DD to the cape proved very effective early in the fight, I was always able to survive the encounter but the enemy DD usually did not. In general, you can shoot in open water if you are confident you can limit the damage. Let the enemy shoot at you if you can! Think of the Z-31 as an extra DD, serving as a tank for allies, supporting gunners, smoking out allies, and destroying DDs and cruisers with the support of your team. It’s certainly not for the selfish player.

I’ve been playing Z-31 for the past few days and I’ve been having a lot of fun. Personally, I’d put him third on my list of best DD T7, after Akatsuki and Maas. I understand why many people think it sucks, but if you love DD, you have to love the Z-31. Nevertheless, it needs to be improved. Torpedoes are particularly necessary, as they are practically useless. A simple improvement would be to halve the torpedoes’ payload, making them practically useless twice as often. Otherwise, this is an interesting and unusual DD with great potential, and if Z-31 is the ugly duckling of this series, then I’m going to love it. So before you listen to some people and repeat their opinions, try to use all the tools you have (especially their storage capacity).

I’m really sorry that Z-31 is so hated and that I have to write something. If you want more information about the game, ask.

In 2020, there will be something for both classic and modern players. To be on the list, the game must be confirmed for 2020, or there must be a compelling reason to wait for release this year. Therefore, games that have just been announced and do not yet have an exact release date are not included.

This source has been very much helpful in doing our research. Read more about flambass real name and let us know what you think. 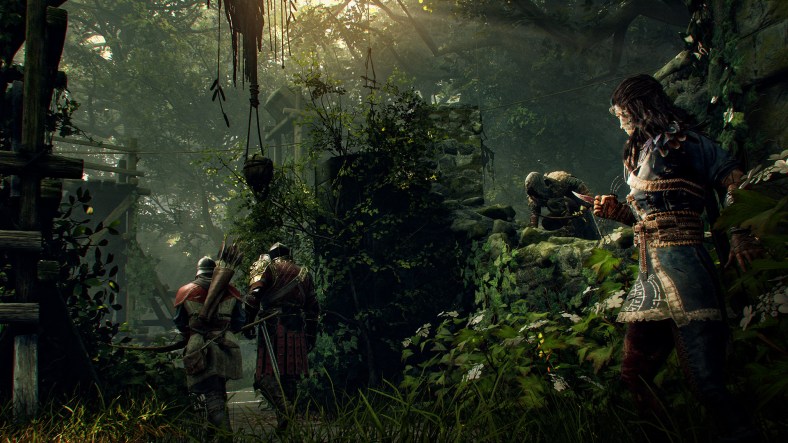 If you’re looking for a robbery themed mission in Grand Theft Auto Online, “Hood” has you covered. Here are the details: The outlaws are the heroes of the game: they are the people of the Hood who have to face the difficult life in the ghetto with only the power of their guns and their…

Cuihua Wood is a resource that is used in the crafting of advanced weapons that are found in Genshin Impact. This wood is used to craft the following weapons: the Blade of Cibola, the Katana of Cuihua, and the Bow of Cuihua. Finding Cuihua Wood is considered to be one of the most time-consuming tasks…

If you are anything like me, your interest in tower defense games was piqued by the release of the first Warcraft game, which featured a tower defense mini-game related to the campaign. I found this game very intriguing, but was disappointed that I could not play it in the campaign any more. I started playing…