While the Galaxy Tab S6 was a great device, I felt like it could have been even better since Samsung has been great with updates and software upgrades. The Galaxy Tab S7 FE (along with the Galaxy S10, S10 Plus, S10e, and the Note 10) is the first Tab to feature 5G which was an excellent decision on Samsung’s part. 5G is not yet available in the US but you can always use the 3G and LTE networks and still experience fast speeds.

This is the first time Samsung has released a Fan Edition tablet. They’ve already done that with the Galaxy S20 FE smartphone, a cheaper alternative to the S20, S20+ and S20 Ultra.

Even before the release of the Samsung Galaxy Tab S7 FE 5G, the rumor mills were already full about the possibility of a Galaxy Tab S7 Plus Lite. Probably yes, just a different name.

So what can you expect from this cheaper and presumably thinner version of the S7+? Can it replace your workstation for your creative process? Or is it better to use it as a mobile device for entertainment and communication while traveling? We are looking for answers to these and other questions.

features and comparison with Tab S7+

The Samsung Galaxy Tab S7 FE 5G was released after the success of the Tab S7 Plus, so a little comparison of the specs and performance of these two tablets is inevitable. Especially since people are trying to figure out if a low-end tablet still meets their expectations, and if they can save a few bucks by choosing it over the high-end version.

Let’s look at the screen first, because that’s obviously what you’ll be looking at and admiring for the longest time. The Samsung Galaxy Tab S7 FE 5G has the same 12.4-inch screen as the Tab S7 Plus. So it’s no surprise.

But the cuts are obvious if you look closely. The older Tab S7 Plus model has an OLED screen. But the Tab S7 FE has a TFT LCD screen. Considering that the Tab S7 FE is aimed at the Apple iPad Air, we would have liked to see a better screen.

An even greater cost savings can be observed when the processor is taken into account. The older Tab S7 Plus is powered by a Qualcomm Snapdragon865 Plus processor, while the Tab S7 FE 5G is powered by an octa-core Snapdragon 750G processor.

The memory is expandable, which is always an advantage of Samsung and Android tablets over iPads. There are two storage options, 128GB and 64GB, as shown above. Both the Tab S7 FE 5G and the older S7 Plus have an SD card slot that can be used to expand storage up to 1TB.

You’ll only need that much storage if you shoot a lot of videos and photos and process the RAW images from your camera before uploading them to social media. When you start downloading Netflix videos, even 1TB of storage will seem like a pittance. So you have to be careful with the amount of memory you buy.

What Samsung has not considered are 5G connectivity features. So if you’re a big fan of using 5G connectivity, the Tab S7 FE 5G has that option, just like the older S7 Plus model.

Battery life is an important aspect of any portable device. With that much processing power, a high-end screen and brightness, you need a lot of power to keep it running for a long time. The Tab S7 FE 5G has a 10,090 mAh battery.

According to the company, the tablet lasts for 11 to 12 hours when running on the LTE network. While playing videos, the tablet’s battery is expected to last about 13 hours.

Search for Samsung Galaxy Tab S7 Plus on Amazon

Why do you prefer it to the Tab S7 Plus?

If you’re not a gamer, we think the Tab S7 FE 5G is a better compromise and offers better value for money than the Tab S7 Plus. The Tab S7 Plus is a better (and therefore cooler) tablet. It has everything you need. It is more powerful, has more memory and more computing power.

But if you don’t need the extra processing power, it’s a waste of money. In this case, we think you can save some money and opt for the Tab S7 FE 5G instead of the Tab S7 Plus. Apart from the chip used, the smaller memory and the choice of a smaller 8MP rear camera and a 5MP front camera, as well as the TFT panel, the two tablets are hardly distinguishable from each other. See the comparison table below.

Search for the Apple iPad Air 2020 on Amazon

In terms of price, it competes with the iPad Air, but that has a full 12.4-inch screen instead of a 10.9-inch one.

The biggest advantage the Tab S7 FE 5G has over the iPad Air is its screen size. With a diagonal of 12.4 inches, it’s much larger than the iPad Air, and for some, that’s a major factor in their decision. For others, it’s too complicated, especially when they’re traveling. But if you’ve always loved watching your favorite shows, listening to your favorite music, or catching up on the latest news with your friends, you’ll find the Tab S7 FE’s larger screen a better choice than the iPad Air’s smaller screen.

3. What does this mean to you?

If you value performance, the Apple iPad Air would be a better tablet than the Tab 7 FE. Sure, the Qualcomm Snapdragon 750G has two additional cores, but the A14 Bionic chip has a number of features that outperform the Snapdragon 750G, including more memory bandwidth that improves overall performance.

Would you use it instead of a laptop for creative work and multitasking?

Moreover, you can always connect an external 4K monitor to your laptop to have more space to view the timeline of your edited video. It also means more desktop space for editing large images.

A look under the hood shows that even older Tab S7 Plus models have enough processing power to handle advanced editing and creative tasks. Of course, it can work with Lightroom CC Mobile and Adobe Photoshop Express, which the two-year-old Galaxy S10 Plus can handle just fine.

And there’s no reason why the Tab S7 Plus and Tab S7 FE 5G shouldn’t do it. But for advanced editing in Photoshop or CaptureOne, you need a real laptop or desktop computer. In this respect, the Tab S7 FE, or more so the Tab S7 Plus, can by no means replace a full-fledged computing platform.

However, the Galaxy Tab S7 FE 5G works well as a tablet. With the included S Pen, you can immediately enjoy the benefits of pen input. This makes it an excellent creative device if you are an artist and designer who creates your own works and projects. The 12.4-inch screen puts it on par, if not next to, the iPad Pro 12.9 if you only take into account space for drawing and sketching. A 6 month access to Clip Studio Paint is provided to get you started. Another advantage is that the S Pen does not need to be charged. That, and the fact that it comes with it, is a good reason to buy this tablet over the iPad Air. Moreover, the included stylus matches the color of the housing.

When it comes to versatility beyond just a tablet, Samsung supports the proven DeX interface on the Galaxy Tabs S7 FE. All you need is a Bluetooth keyboard or an optional keyboard holder. It turns the tablet interface into a desktop-like environment that lets you access applications and files in an easy-to-use, intuitive environment.

When we first heard about the Tab S7 FE, we were under the impression that it would be a slightly smaller version of the Tab S7 Plus, retaining most of the latter’s advanced features. On closer inspection, however, there are only three things they have in common: the screen, the battery life, and the user interface. The Tab S7 FE also doesn’t deserve to be called the FE (Fan Edition) version of the Tab S7 Plus. The only reason people will buy it is probably because it competes in price with Apple’s new iPad Air, and because it has a bigger screen than both.

After losing all of your precious photos from your Android phone, there are few things that are more frustrating than having to start over. You can always start a fresh Android phone, but that usually involves starting from scratch which is time consuming. Your photos can be recovered if you have a backup of the…

There are some essential considerations for developing a business app that will help you to create an app that users will love and get a return on their investment. One of the most important considerations is that you need to make sure that your app is going to solve a problem for users. If there…

With Airy TV, you don’t need to buy an expensive HDMI dongle to get a great viewing experience on your Fire TV Stick. You can stream all your favorite movies, TV shows, and live sports from Amazon Prime, Netflix, Sling TV, and more! Airy TV makes it easy to watch your favorite shows from your…

Windows 11 is set to launch on 29th of July, but so far, Microsoft hasn’t released a ton of details about the new version of Windows. One of the first new features is the ability to quickly copy a directory address. That’s handy if you’re working on a project and need to move files around,…

While a lot of people use VPNs, there are still some who are not so tech-savvy. So, in order to make sure that they are always secure, and also in the case that some people may have wanted to watch free content from other countries, a few VPNs have been designed with this in mind…. 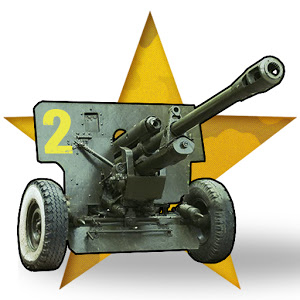 Tanki USSR is an artillery shooting game. This tank game is very exciting as you battle against your opponents on a wide range of terrains and environments. You can choose between three types of tanks in the game, with each having a different main weapon. All of the tanks come with a machine gun for…